Navigating the perfect storm: Why investing in mental health has never been so urgent

We need to look beyond the ongoing crisis and start preparing for the longer-term mental health problems that will unfold as the economic recession and profound changes in our social worlds begin to be felt more deeply, says Dr Vikram Patel of Harvard Medical School.

The advent of the COVID-19 pandemic has put health systems around the world to their sternest test ever. While the immediate priority is the containment of the epidemic and reducing deaths due to severe infection, there is another crisis festering on the horizon.

The IMF and World Bank are reporting some of the worst economic outlooks in living memory; in India alone, it is estimated that 400 million people have been left unemployed, facing poverty and hunger, while the USA unemployment rate is ratcheting upwards to levels never seen before. Given the rich historical evidence of the strong association of poverty and economic shock on the one hand with poor mental health on the other, we should expect to see the emergence of a crisis of mental health needs like never before.

Indeed, in my decades of experience in global health, I cannot recall another moment in history when the mental health of people around the world was under such grave threat at one time; even the recession of 2008 triggered by the banking crisis affected only a few countries but the worst affected one (the USA) witnessed a surge of ‘deaths of despair’[1] in its aftermath. Much of this surge, which led to a reduction in life-expectancy of working-age Americans, was driven by suicide and substance abuse.

This time, the crisis will be much, much greater and will affect vast swathes of the global population. We need urgent and coordinated national and global action to prepare health care systems everywhere to address the inevitable surge of mental health problems. A new report from the Speak Your Mind campaign – Return on the Individual – shows that this is a strategic and sensible investment not only for the mental health of the individual, but for overall economies and societies too.

The impact of COVID-19 on mental health is already being widely felt.  There is a rise in the rates of anxiety across all segments of society, in all countries. This rise in anxiety is largely a normative response of the human mind to uncertainty, fear and loss. Such heightened levels of anxiety can impair all aspects of our life, not least interpersonal relationships, and unless appropriately managed with evidence-based psychosocial support, can set the stage for the emergence of clinically significant mental health problems.

Proportionate policies that simultaneously address concerns about saving lives with saving livelihoods, strong leadership across the spectrum of sectors, and communication about the epidemic in a manner which serves to convey a more accurate and positive aspect of this calamity (for example, the overall low mortality rates, especially in children and young people), is the need of the hour during the acute crisis.

We also need to be aware of some groups in the population who may be particularly vulnerable to developing mental health problems in such a time of heightened anxiety; psychosocial interventions need to be ramped up for these people. I can think of at least four such vulnerable groups in the ongoing crisis.

First, are people with existing mental health conditions whose continuing care may have been interrupted and for whom the fear that is engulfing the population may be particularly toxic. I am especially concerned about the needs of people with severe mental disorders who already struggle on the margins of society and are socially isolated.

Second, the pandemic has a dramatic impact on health professionals who are struggling to cope with unprecedented demand at a time of uncertainty. The fear of contracting the infection is very real for these workers, as is the moral injury consequent to making impossibly difficult decisions about rationing scarce, life-saving, health interventions.

Third, is the mental health of older people who are not only the most vulnerable in relation to the risks posed by the virus, but also to the risks resulting from the physical distancing practices which escalate loneliness and reduce access to care for pre-existing chronic conditions.

Fourth, are young people, not only because their entire lives have been profoundly disrupted–from their education and job market prospects to the social interactions which define their personhood–but also because this is the highest risk group for the incidence of mental health problems. Suicide is already one of the leading causes of death in young people and this is likely to increase in the months ahead.

Look beyond now, prepare for the future

But we need to look well beyond the ongoing acute crisis and begin to prepare for the longer-term mental health problems which will unfold as the economic recession and profound changes in our social worlds begin to bite deeper. Even before COVID-19, governments spent pitifully small amounts on mental health–less than 2% of health budgets globally–far less than they should have in relation to the burden of mental health problems in their countries, leading to large unmet needs for care in all countries. This is why it has been argued that all countries are “developing” when it comes to mental health.

This chronic under-investment has left healthcare systems desperately short of skilled human resources to deliver proven interventions, in particular psychosocial interventions. These interventions are particularly germane in the context of the mental health crises we will witness in an economic recession, which will be dominated by mood, anxiety and substance use conditions.

The good news is that we have  strong evidence which we documented in the Lancet Commission (2018) about the effectiveness of eminently scalable approaches to enhancing the coverage of these evidence-based interventions. Key strategies relevant to the planning of the mental health response to COVID-19 are the deployment of digital platforms for building the workforce and supporting self-care, and the task-sharing of psychosocial interventions with frontline providers such as community health workers and peer support workers.

The need of the hour is an injection of resources to massively scale up these strategies through initiatives like EMPOWER, which is seeking to build the world’s mental health workforce by leveraging the science of the effectiveness of brief psychosocial interventions, their delivery through task-sharing, and the use of digital approaches to learning and quality assurance.

As the Return on the Individual  report reminds us, investing in mental health is an investment which enables the individual to regain hope for the future and the necessary cognitive capabilities to be effective in their work and personal lives. Collectively, the impact will be felt at the societal level: investments in mental health not only make society more economically productive but also more socially cohesive. I cannot think of a more important investment in the face of the most serious crisis facing the global population in a century.

Learn more about the Speak Your Mind Campaign and the Return on the Individual report here.

Learn more about mental health and the impact of COVID19 by signing up to a weekly webinar series organised by the Lancet Journal of Psychiatry and partners here.

This article was originally published by the World Economic Forum at https://www.weforum.org

[1] The ‘deaths of despair’ is a term coined by Anne Case and Angus Deaton and the title of their book published in 2020. 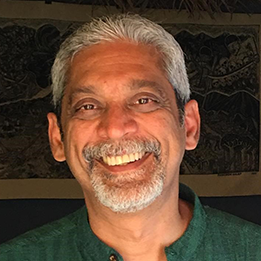