Vyjayanthi Mala, alumna from ILSS April 2018 batch, has joined Societal Platform as Manager-Programs. The Bengaluru-based non-profit  seeks to “create an environment that leverages the power of networks, and allows for the co-creation of solutions to resolve societal challenge.”

Prior to this role, Vyjayanthi led the Open Data Judicial Platform at VAYAM, which  enables our systems, innovators and citizens to actively participate in making our justice delivery system more accessible and effective.

Vyjayanthi has almost 20 years of experience in Information Technology and various verticals like Transport, Consumer Goods, Retail. She worked at Genpact and Accenture before starting her own venture, W’heal Our World, a unique ridesharing app that gives users an opportunity to contribute to social organisations featured in the app. 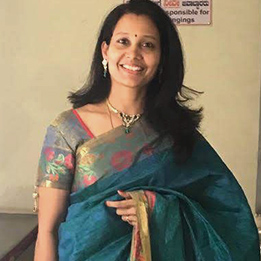