After more than 20 years in the media and entertainment industry, managing television broadcast businesses, Amit is now Program Director at the Chief Ministers Good Governance Associates (CMGGA) program. The program is an experiential learning initiative of Ashoka University, in collaboration with Haryana government, that focuses on the professional development of young leaders who want to drive change on the ground. In his previous avatar, he was the Business Head of Star India and also the COO of BAG Network24. He has also worked extensively in various leadership roles at India TV and Bennett Coleman & Company. He has a Post Graduate degree from Lucknow University and also has American and Indian commercial pilot licenses. 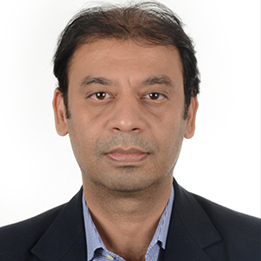